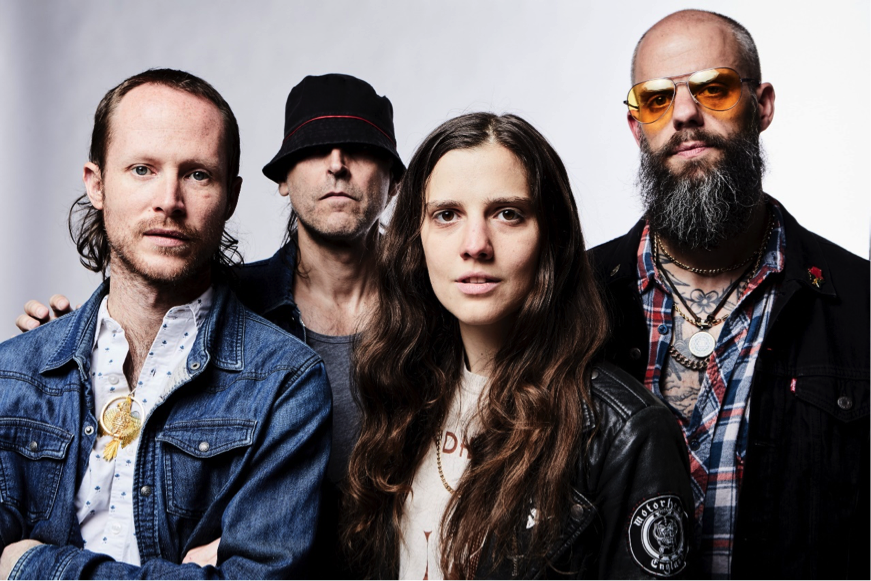 On an August Monday, we learned that Baroness will be visiting Greece for the first time! One of the most important bands of our time will make a stop in our country! Grab a pen and write in your notebooks that on Saturday, October 19th, John Baizley (vocals / guitar), Gina Gleason (guitar), Nick Jost (bass) and Sebastian Thomson (drums) will step on stage to show the greatness of their post-rock, space rock, prog rock, psychedelic rock music.

It doesn't matter, as Pitchfork wrote for their latest album “Gold and Gray”, how to label their music, but that it gets released, it's here, it's Baroness, and it more than suits us. Formed in 2005, they bring along 5 albums, one more artistically deafening than the other. Starting with “Red” that was released in 2007, we all became familiar with the sound and light emitted by Baroness!

Influenced by Isis, Tool and Neurosis, they released their magnum opus “Yellow and Green”, which was not as rough as their 2 first albums, “Red” and “Blue”. Every note and every line of John Baizley's jaw-dropping artwork is part of Baroness's journey through time! Their unique on-stage performances have made the planet bow to them, while 2015's “Purple” has paved the way for this year's “Gold & Gray” which is set as a strong ‘record of the year’ nomination.

Worshiping reviews, cover stories on the major music magazines on the planet: Kerrang,, Visions,, Revolver and Decibel and a tour with Volbeat, came to justify the band’s efforts!

On Saturday, October 19th we will be enjoying Baroness at Gagarin205, for the first time! This is the ‘not-to-be-missed’ show of the year!