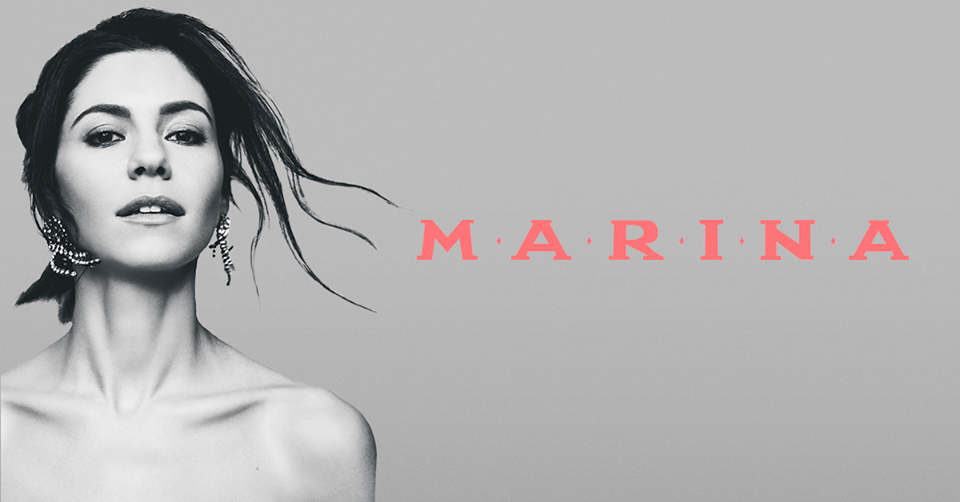 Rule number one, is that you gotta have fun!

Born of a Welsh mother and a Greek father, Marina-Lambrini Diamandis, widely known as MARINA is one of the most inspirational pop idols, who manages to stand out in the world and be applauded in her every live show!

The Greek-born pop icon stood out in 2009, when she won second place on the BBC's Sound of…, the annual poll of music critics, as a promising new presence in music (Ellie Goulding topped the list on the same year, while Adele, Duffy, Bloc Party, Franz Ferdinand have also been featured in this poll in the past). This honor of hers was confirmed a few months later, with the release of her first album The Family Jewels, an indie pop autobiography in which she does not hesitate to engage with social issues and shake up women's opinions and personal obsessions, such as the American “celebrity culture ”in single Hollywood.

Two years later, Marina and the Diamonds is introduced to her diamonds (as her fans are called) with Electra Heart, and her homonymous persona, a woman with intense makeup, long lashes, blond wigs and pink bows, who wishes to meet the feminine standards of the modern western world.

Writing all the songs on the album herself (as she did for her debut), she collaborated with top pop producers Stargate (Rihanna), Diplo (MIA), Liam Howe (Lana del Rey) and the result was an explosive electro-pop, dance-pop album that debuted at number one on the UK charts! Her highly successful singles (Primadonna, How to be a Heartbreaker) focus on a fresh Marina, who is quickly a gaining top spot in the mainstream scene!

In 2015, the most mature and self-sufficient Froot consolidates its reputation in America and brings her to Athens for the first time! On March of 2016, Marina meets her Greek diamonds and gives us show, which leaves the Greek fans, as well as herself, looking forward to her next appearance in our country!

Three years later, MARINA re-introduces itself to the public, setting the bar even higher. In 2018, her collaboration with Clean Bandit and Luis Fonsi for "Baby" takes over the charts worldwide and immediately becomes a radio success in Greece as well, while Love + Fear gets released in April on the same year and MARINA gives pop music the meaning she lacked, with lyrics full of restlesness and self-criticism.

The Love + Fear Tour kicked off in England, with a highly acclaimed stop at the Royal Albert Hall, that welcomed the Greek-Welsh musician for the first time in a multi-colored show and more dancing than ever! This year's summer tour includes stops at major European music festivals (Roskilde, Mad Cool, Benicassim, Nos Alive), while she herself counts down the days for her return to her homeland on Saturday, November 16th, at Piraeus 117 Academy!!