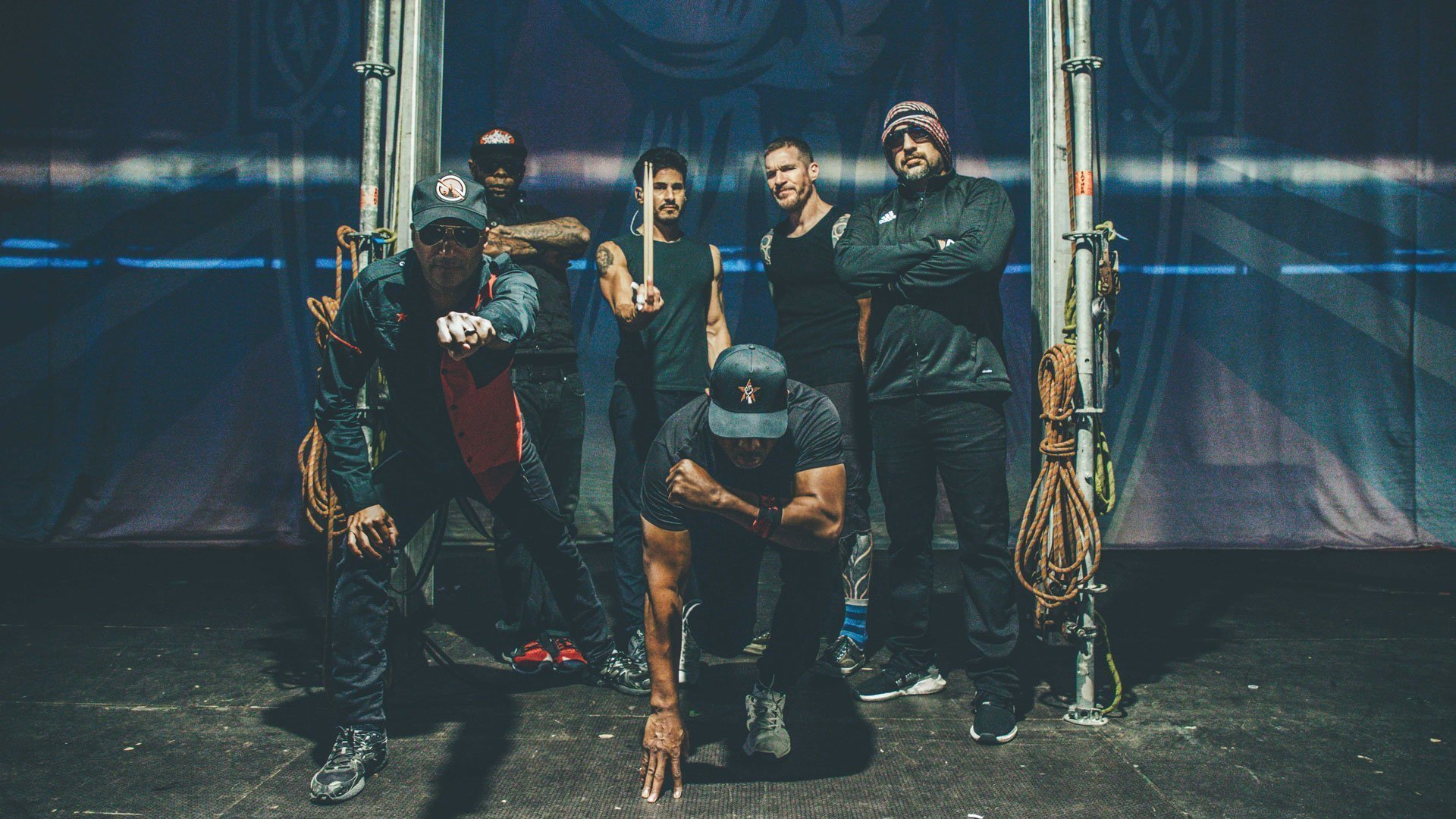 When hard sound revolutionaries meet the legendary rap legends, then we're talking about the definition of a supergroup! Prophets of RageMembers of Rage Against the Machine and AudioslaveTom Morello, Tim Commerford and Brad Wilk, join their fists with DJ Lord and Chuck D of Public Enemy and B Real of Cypress Hill.

The result: a dynamic band that is set to wake us up at the most important moment!

In 2016, the political crisis in America, with the threatening appearance of Donald Trump drew attention to the reactions of the artistic world. Amid fear and darkness, Prophets of Rage dare not to stay under the shadow that spreads nightmarishly over the American continent. So, in the face of the famous "Make America Great Again", they challenge us with their own "Make the World Rage Again!

In an interview, Morello states that"dangerous times require dangerous songs"!And that's exactly what Prophets of Rage do, cominng as a storm on stage, united in a fist, creating and awakening our consciousness!

One year after their formaion, the release of their debut album has received rave reviews and has send a loud signal that Prophets of Rage have come to stay! Drawing on all the elements that made RATM, Cypress Hill and Public Enemy pioneers, Prophets of Rage critic, motivate and prove that the legends are true!

Tom Morello's heretic riffs – that make him one of the best guitarists in history - clash with the rhythms of Chuck D and B-Real, while Tim Commerford, DJ Lord and Brad Wilk fill in this upbeat form, leaving the audience breathless on each of their live sets!

With appearances at major festivals worldwide (Download Festival, Hellfest, Wacken), the verdict is one: it's a live show that no fan of RATM, Cypress Hill, Public Enemy or Audioslave is allowed to miss! Their setlist, full of hymns that left their mark over the past decades and shaped generations! Could one possibly stay in place? Doubtful.

After all, Morello himself assures that "If you want to listen to the true Rage Against the Machine, then you must see the Prophets!"”.