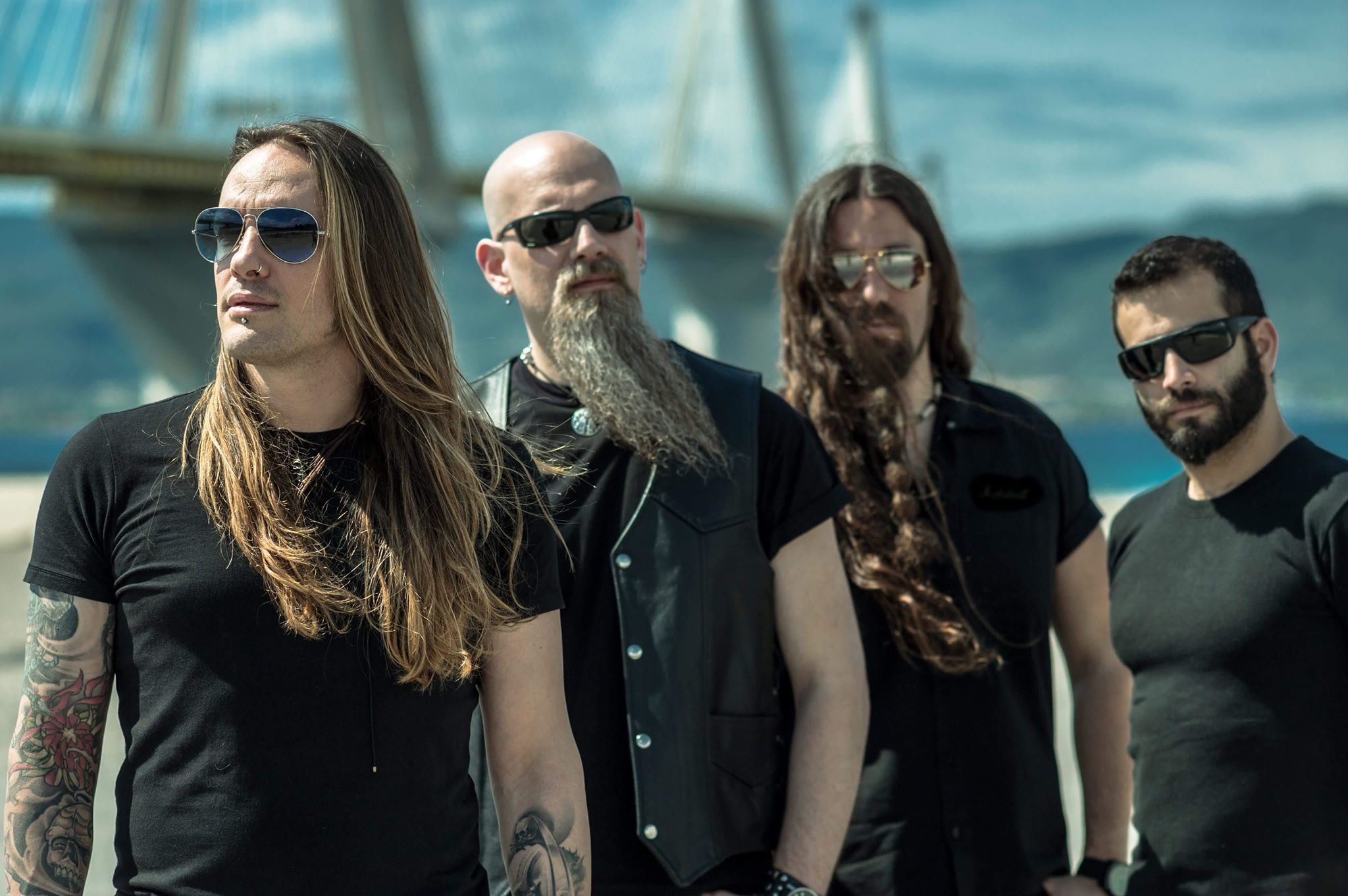 On Saturday, January 4th 2020 the SiXforNinE bells will ring at Gagarin205 to welcome the new year as it should be welcomed: crushingly, with one of the best metal bands of our domestic scene, who will present their terrific new album, at a post-Christmas party that we'll remember for a long time.

Somewhere in 2012, Herc Booze (bass), George Kapa (guitars) and Pete Outfox (drums) parted ways with the band's initial lead singer, while they were in the midst of recording their first album, whose production was taken on by Fotis Benardo. Fotis offered to get behind the microphone and the result was as cool as fuck!

In 2015, the band released their debut album titled "Sixfornine", giving to music fans one of the alternative metal releases of the year. Admirable guitars, metal refrains, amazing artwork and Forrester Savell (Animals As Leaders, Make Them Suffer, Twelve Foot Ninja) behind the wheel of mixing and mastering.

A large number of live shows followed for the band, in and out of Greece, leading them to enter DevasoundZ studios in 2017, in order to record the successor of their debut album. Fotis took over the production, while Mr. Paul Pavao (Disturbed, Stone Temple Pilots, Breaking Benjamin) in the mix and Mr. Tom Baker (Rob Zombie, Nine Inch Nails, Motley Crue) in mastering, guaranteed the result will be fantastic! Their work is titled “Parallel Universe” and was released in August of 2019, by Eclipse.

Where American 90s hard rock meets Alter Bridge and where Tool influences meet the futuristic legacy of Queensryche and Dream Theater, one finds SiXforNinE's wild intentions. On Saturday, January 4th, we are invited to leave 2019 behind us and welcome the new year!

Stay tuned for the special guests that will accompany them and a "surprise" that they’ll set up on stage!