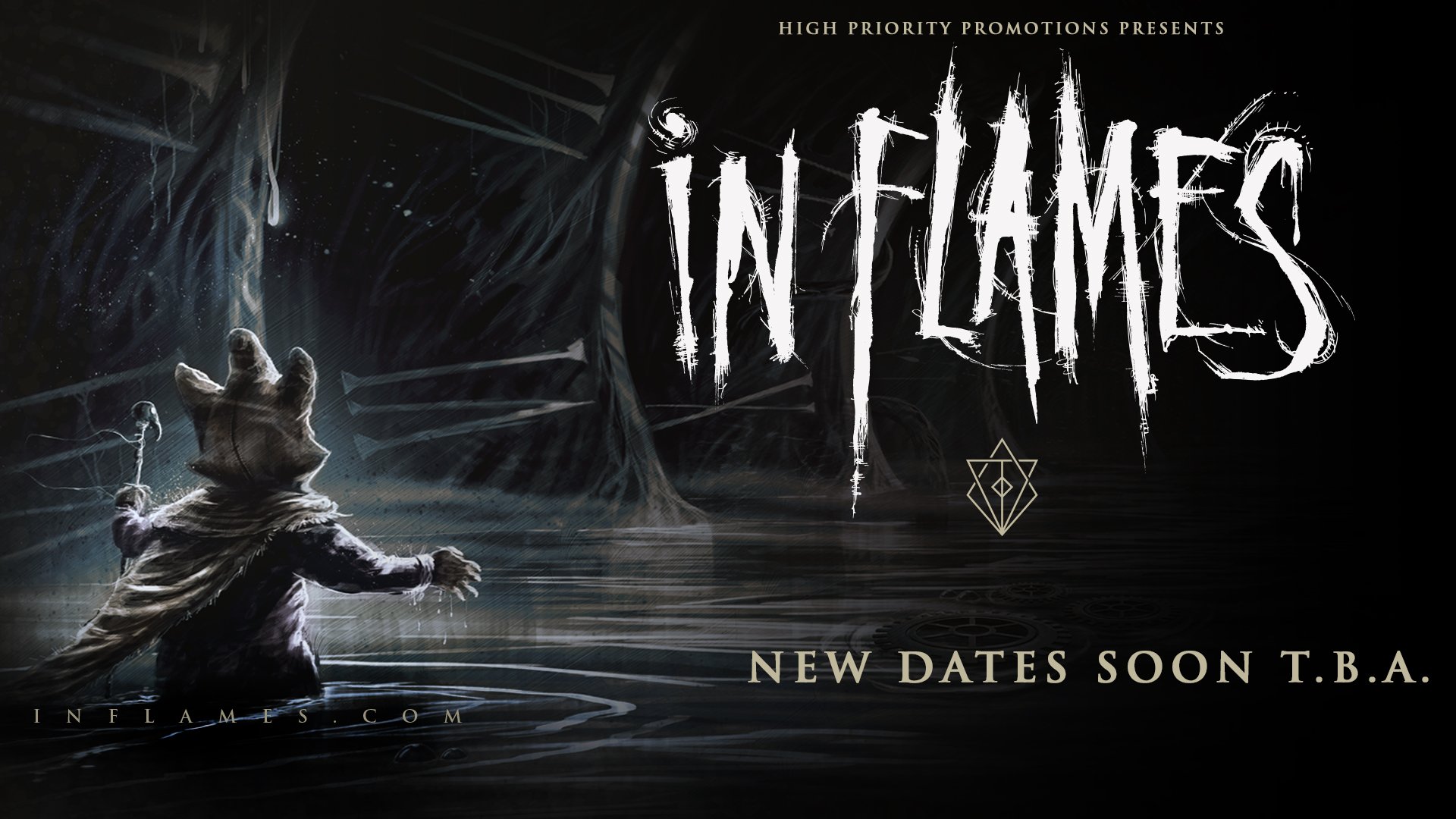 Το Saturday, May 16th at the Principal Club Theater after many years of anticipation, In Flames will visit us at the peak of their popularity, for two nights that will fill with emotions every hard-sound fanatic!

Established in 1990 in Göteborg, In Flames, one of the most influential bands of the extreme sound, were presented to us as an informal sequel to Jesper Strömblad's Ceremonial Oath. This is how their debut "Lunar Strain", along with the "Subterranean" EP were released, before 1995's "The Jester Race", which elevated the band from the underground scene and put them in the lead of Swedish Death Metal's New Wave! The additions of Björn Gelotte (guitars) and Anders Fridén (vocals) gave the band exactly what they needed, which is vividly heard in their next three releases of "Whoracle", "Colony" and "Clayman".

Records that defined the music that millions of people enjoyed, hid songs like "Jotun", "Ordinary Story", "Only for the Weak", "Pinball Map", which forced metalheads into relentless headbanging and endless air-guitaring.

The band's next "trilogy" consisting of "Reroute to Remain", "Soundtrack to Your Escape" and "Come Clarity", skyrocketed their popularity and gave them fans from various audiences. With lower volumes, but no discounts on the quality of their compositions, the Swedes sold out one show after the other, playing in headliner slots at the world's biggest rock/metal festivals.

They have never stopped evolving and experimenting with their music, releasing great albums, like last year's "I, the Mask" that got included in every list of the "best 2019 records".

We'll be counting down the days for Saturday, May 16th (Thessaloniki - Principal Club Theater) and Sunday, for a show that Greek fans have been waiting for a long time.

Save the dates!
Spread the word!
Be there!
“In Flames we trust Jesterheads”