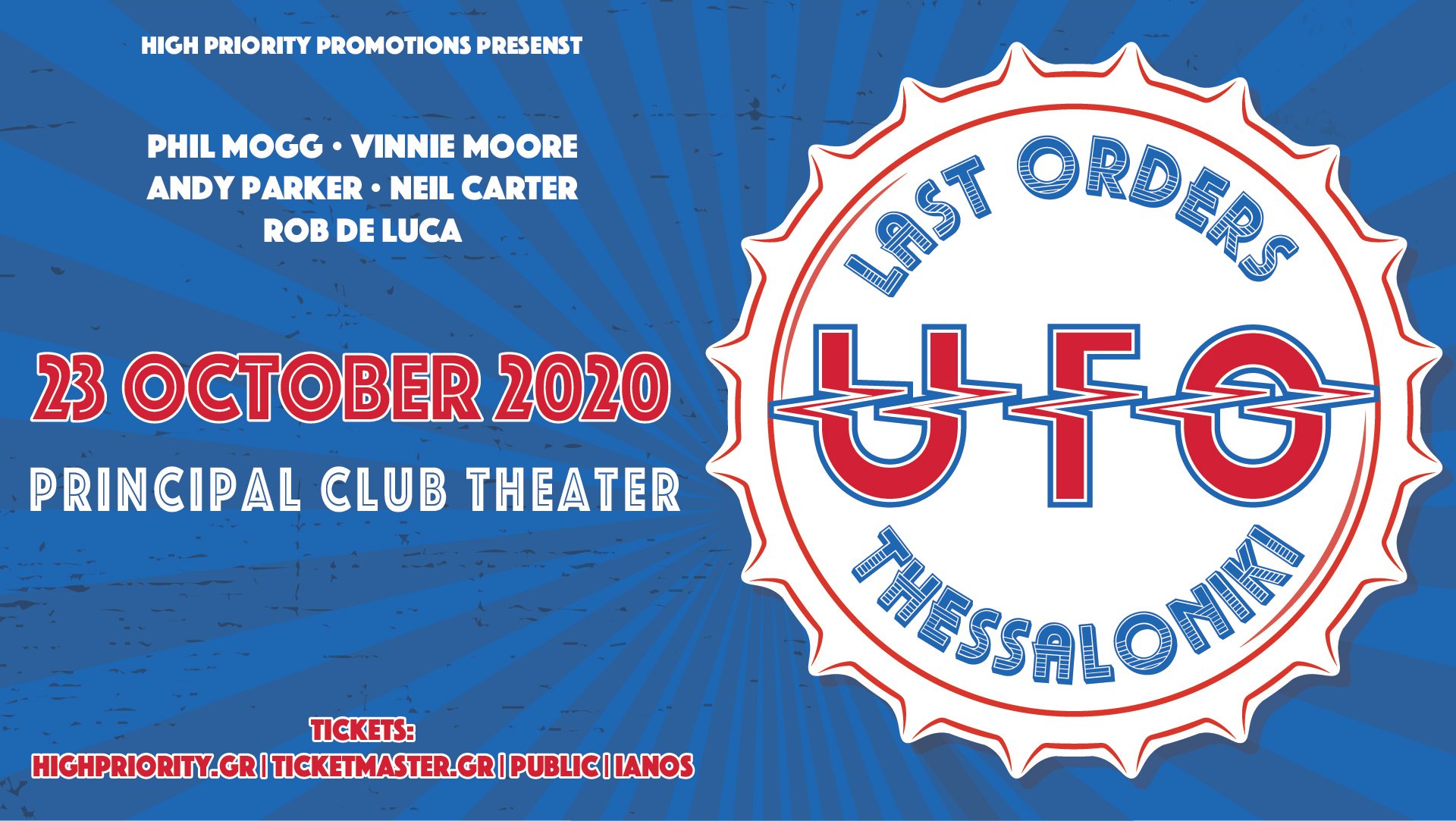 The British hard rock legends for the last time in Greece!

UFO will deliver hard rock history lessons on Friday, October 23d in Thessaloniki (Principal Club Theater) and Saturday October 24th in Athens (Fuzz Club), since they will be visiting us as part of the band’s 50-year tour.

The "Last Order Tour", as the title testifies, will be the last of the band, during which they will make two stops in our country, giving us the chance to bid farewell to the British rock legends!

Let’s go way back in 1969, when the Hocus Pocus became UFO, with Phil Mogg (vocals), Andy Parker (drums), Mick Bolton (guitar) and Pete Way (bass) signing their first UFO contract with Beacon Records. This is how a super-successful and electrifying music career that spans 50 years began. A turning point in the band's career, the moment Michael Schenker joined the band in 1973 and the sound of UFO got shaped in the form that made them known everywhere. After all, they aren't by chance listed as one of the 100 most important hard rock bands of all time.

Their immature blues space rock first samples became rougher and more aggressive, with electric guitars taking the lead, producing inspirational riffs! During the 1970s, the name of UFO got massive as they went on to release a number of great albums, such as "Phenomenon" (1974), "No Heavy Petting" (1976), "Lights Out" (1977) and "Obsession" (1978) , with lots of songs becoming hymns for an entire generation. "Let It Roll", "Shoot Shoot", "Doctor Doctor", "Rock Bottom" and "Too Hot To Handle" were worshiped by audiences and critics on a never-ending song list, that has its closure in 1979 with their live album, "Strangers In The Night".

Some changes among the band members followed, with Phil Mogg (vocals) and Andy Parker (drums) remaining the soul of the group and keeping the rock flame still burning through the release of 22 studio albums and many compilation/live recordings. The band that forced Metallica, Bruce Dickinson and Iron Maiden, as well as Megadeth, to swear faith in their name and refer to them as their main influence, never stopped rocking, heavily and loudly!

British hard rock legends come together with Phil Mogg, Andy Parker, Neil Carter, Vinnie Moore and Rob De Luca on Friday, October 23d in Thessaloniki (Principal Club Theater) and Saturday, October 24th in Athens (Fuzz Club) and promise two hard rock nights, in honor of their name. It will be the perfect on-stage-farewell to a great career, with a best of setlist we will remember for a long time!